Music is something which fills our soul with happiness and peace, or whatever it is we require. From helping a teenager trying to understand love to an old couple dancing slowly on the 70s classics, music has supported all ages since it’s origin.

The evolution from just vocals to instrumental music, the journey of music has been tranquillizing. And with internet facilities, access to music for every person has increased. In this article, we will be mentioning some of the best free music apps and best offline music apps.

Nowadays, with the advancement of technology, more and more ways to mobilize online music have been found. People can now listen to songs with just a mere Wi-Fi or internet connection. But that isn’t all there are even free offline music apps which are also available now in the market.

Downloading music and being able to listen to it at any time and every time you want has made lives of people so much easier! No buffering, no extra payments; listening to music is now possible without any interruptions through the following free offline music apps:

Spotify is a free music app allowing the user to browse and listen to music all day. It is easy to use an app with millions of loaded songs and curated playlists according to genres. Though the use of Wi-fi or an internet facility is necessary for streaming, offline music facility is available to all the premium account holders. Meaning that the premium version of this app acts as an offline music app.

The premium facility can be bought for a reasonable amount, which shall be charged on a monthly or a yearly basis. This free offline music app can be downloaded with ease from the Google Playstore or App store and on logging into a premium account, the user can download and listen upto 3000 songs even without the use of internet or WiFi. For the free account, you can stream music online and are provided with 15 curated playlists.

Do you wish to customize your android device according to your own will but are not sure how to? Well we have just the thing for you, click here to find out more about Android Launchers.

SoundCloud is a music sharing and distributing app which was produced in Berlin, Germany. This free music app can be downloaded on the Google Playstore or App store. Through the use of the internet, the user can browse the songs he/she wants to listen to.

But users can also look at this app as a free offline music app when needed. With just a tap on the like or heart button, the song will be added to the user’s playlist and will be available to listen offline as well. It is one of the most convenient offline music apps. Available for both Android and iOS users, the app has become universal.

Google has been successfully able to provide a vast range of services for the music industry including Google Play Music, Youtube music and a premium facility for Youtube. Google Play Music was launched in 2011 and has been providing music streaming services since then.

It is a pre-installed free music app, in most Android devices which allows the users to add the downloaded songs of the user’s mobile phone with a limit of 50,000 songs; without any additional costs. Doing so makes it an easy option to choose out of all the other free offline music apps. Standard and premium account facilities are available on the app catering to the user’s needs. This free offline music app has facilities like radio services, and personal library download and upload. In addition to all of that, every Google Play Music account has an authorization of upto 10 devices.

Deezer has been reputed as a good option among all the other free offline music apps, it also allows the streaming of music online. It is a free music app for streaming and various kinds of subscriptions are available for all qualities of streaming, i.e. ranging from Hi-Fi streaming to casual streaming.

Deezer provides availability of more than 53 million songs with playlists generated according to the genres. The user can tap on the ‘offline’ button available while playing a song, and the file will then be available for them to listen offline. The premium facility helps the users to enjoy listening to their downloaded offline music versions of the songs.

Deezer also has provisions for the customization and personalization of the given options for new songs, this results in the proper utilization of time. On-screen lyrics facility is also provided along with recommendations ranging from the 70s classics to the latest hits.

Pandora is one of the easiest to use music streaming apps. With many features free of any cost and an option to pay only for the services, Pandora becomes an excellent option to get the users their money’s worth. This free offline music app supports a wide range of devices. Though it is a simple free music app to use, the drawback of Pandora is the high number of advertisements which are both audio and visual. Also, the fact that Pandora can only be used in the United States of America, drops it down the list of the top free offline music apps.

But other than that, the app offers a lot of features which makes it a reasonable option. The users can also get songs personalized on the basis of the feedback they provide after listening to the songs. It has a special feature known as ‘Pandora Station,’ i.e. a playlist can be created for the downloaded offline songs.

MusixMatch, though not that popular, is an app providing standard music features along with the facility of on-screen lyrics and an option to search the name of the song playing around you. This free offline music app can be downloaded on both Android and iOS devices. The songs downloaded by the user will be played by MusixMatch as offline music. Thus most of the app features run without the use of the internet and is a viable option for free music apps.

Launched in the year 2015, Apple Music is an app for music and video streaming for all the users of Apple Inc. Created by the company, users can find genre specific or any kind of playlists already updated. Users can also create their own playlists by streaming music on their own or downloading offline music on the app.

By downloading the songs, the users can listen to the songs offline whenever they want. Providing an option to follow the artists, this app provides insights to the fans about their favourite artists. A monthly subscription for the app has to be taken after a free trial period of three months. Earlier, only iOS device users could install the app, but this is no more the case.

Are you a gamer? Do you wish to know about some swift ways to download games? Click here, to find out more!

One more option for free offline music apps, Jango Radio is an app which has a huge catalogue and allows the user to listen to whichever song they would please. This free music app provides songs from artists all over the world. And not only that, the app promotes new artists to upload their music with a copyright facility. This offline music app can be downloaded for free on both Android and iOS devices with the offline availability of the songs the user wants to listen to by tapping on just one button, similar to its competitors. 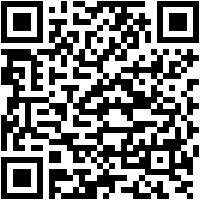 YouTube is an app (or website) accepted most widely. Each and every person who is into music knows about it. Artists all over release their albums on it and earn revenue too. Video facility is also available, unlike other music apps.

The only drawback of the app is that if the user closes the app in their mobile phones, the music or video playing also stops. Though, with the new downloading provision of YouTube, users can now download songs by just tapping on the saving/download button. This permits them to l3isten to the downloaded offline songs, along with the videos, as and when they want to, without the use of the internet facility. Thus, the user can easily listen to offline music.

Apart from that, YouTube has now launched YouTube music using which the user can buy the premium account and listen to music even on closing the app window.

Without any paid subscriptions, the user can avail the service of offline streaming for music. The drawback of the app is the number of ads, which can be removed with a minimal amount paid for a premium subscription. Available for both Android and iOS mobile phones as well as PC, JIO Saavn is an affordable option for an offline music app. With the increasing popularity of the e-commerce website, Amazon, the executives decided to broaden its area of function and diversify. The new practices included facilities like Amazon pay, Prime video and Amazon Music.

The offline music facility, though very reasonable and easy to use, is available for the premium account holders. The song can be downloaded easily for later offline streaming.